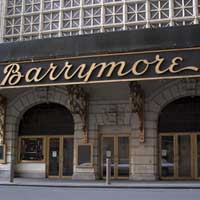 Average Rating based on 14 reviews

"...Despite Wilsons eloquent writing, The Piano Lesson, at nearly three hours, drags on. The repetitive dialogue, especially in the second act, evokes a nagging sensation of déjà vu. The spooky shifts in lighting (by Japhy Weideman) and Boritts broken home, like a metaphor brought to life, leave nothing to the imagination."

"...The fluidity of his storytelling is very much conceived along musical lines, in the best productions passing spontaneously from one character to the next. Richardson Jacksons direction too often slips into stand-and-deliver declamation. But when the melodies flow freely, the magnificent music rolls over you, just as the past continues to roll over characters struggling to move forward, its legacy forever a part of them."

"...And its in the design of the prop piano, too, which by contrast is disarmingly intricate. The piano, we learn in the course of the play, was carved by Berniece and Boy Willies great-grandfather. He re-created in it the faces of his wife and child, sold away from him to another enslaver, as well as images of their ancestors. This version is nearly covered in reliefs  all teeming with faces and bodies that spill over the sides, face, and legs  apparently inspired by Makonde sculpture and made via 3-D printing. It looks like a wall full of skulls in a catacomb or, maybe, an audience watching with expectations of its own."

"...But they work as an ensemble, portraying a family of storytellers in a play haunted by ghosts  literal, metaphoric, historicabove all, by August Wilson, who died in 2005, the year he completed his ten-play series that he had spent the last 26 years of his writing. Called The Pittsburgh Cycle, or sometimes the American Century Cycle, it dramatizes the African American experience in the twentieth century, one play for each decade, all taking place in the Hill district of Pittsburgh."

"...The August Wilson plays greatest asset is its young leads John David Washington and Danielle Brooks, both of whom are already widely admired, but display an altogether new and enticing range of skills."

"...This is a straightforward, well-acted, richly-designed, enjoyable revival that accentuates the competing passions exhibited by Washington and Brooks and the sincere, warmhearted personalities surrounding both of them, including Jackson, Ray Fisher, Trai Byers, and Michael Potts."

"...Now comes a starry, enjoyable Broadway revival of The Piano Lesson at the Barrymore Theatre, one of the 10 plays in the late, great Bard of Pittsburghs famous cycle of Black American life in the 20th century, starring the Hollywood actor Samuel L. Jackson and directed by the actors wife, LaTanya Richardson Jackson. The cast is further replete with Danielle Brooks from Orange Is the New Black and John David Washington, the son of Denzel Washington."

"...Theres abundant magic still in The Piano Lesson, August Wilsons grand, 1987 Pulitzer Prize winning tale of a Black family torn between legacy and ambition, the past and the future, and, its not an overstatement to note, between life and death."

"...Richardson Jackson stages the play as a straight up ghost story. Supernatural projections (Jeff Sugg) swirl around Beowulf Boritt's set, the ornate and ramshackle skeleton of a Pittsburgh home in 1936. Japhy Weideman's foreboding lighting provides my favorite touch, the suggestion of bright yellow daylight transforming into the fiery orange of dusk and pitch dark of night. It all comes to a head in a climactic confrontation where living and dead battle for dominance."

"...What is mostly a great production turns gimmicky in its final moments. Yes, ghosts are having their heyday on Broadway (Death of a Salesman, Beetlejuice) but they remain a tricky thing to stage. In a final exorcism of the apparition haunting Doakers home, Richardson Jackson and her designers erupt the stage into a nonsensical haze of smoke, noise and slow motion. Its a formulaic and slightly amateur choice that dents the surface of Piano but mercifully does not destroy it."

"...What do we do with our family histories if they no longer serve us? Are they a burden or a legacy? August Wilson sought to tackle these impossible quandaries in The Piano Lesson, the fourth play of his decades-spanning Pittsburgh Cycle. Directed by LaTanya Richardson Jackson in its first Broadway revival since it premiered in the late 80s and took home the 1990 Pulitzer, it reaches them satisfactorily enough without quite reaching their haunting potential."

"...The past literally comes back to haunt the characters in Wilsons Pulitzer-Prize winning drama The Piano Lesson, concerning the lingering emotional scars of slavery on a Pittsburgh family in the 1930s. While the ghost of a white slaveowner figures prominently in the storyline, its the majestic piano sitting in the familys living room that dominates the proceedings. Featuring intricate wooden carvings of the slaves for whom it was once traded, the musical instrument evokes a history of bloody cruelty. The play is now receiving a powerful if imperfect Broadway revival featuring a stellar cast including Samuel L. Jackson, Danielle Brooks, and John David Washington as Boy Willie, the role that Jackson originated in the original Yale Rep production."