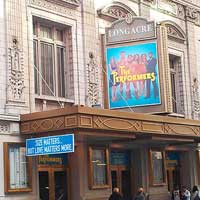 Average Rating based on 9 reviews

"...As in his previous work, Stoppards nineteenth play on Broadway offers dialogue that doubles as intellectual and political discourse. The usual effect of his approach is to make his scripts as rewarding to read on the page as to see acted out on the stage (if not more so.) But Leopoldstadt has little of Stoppards trademark cleverness in wordplay and none of his playfulness in structure. It is a straightforward if sprawling epic about a dark history that also winds up both intimate and ultimately moving. Its hard not to see it as the 85-year-old playwrights attempt at a personal reckoning."

"...Dramatic set changes  by 1938, the familys gracious home seems shabby and their clothing appears well-worn  indicate that Vienna has been infected by a pernicious brand of nationalism that imperils its Jewish population. Still blinded by their faith in their artistic and intellectual homeland, the Mertzes refuse to see whats before their eyes. But we who know the past can see their future, which Stoppard reveals in a coda set in 1995  and leaves us shattered."

"...The pages of Stoppards drama, loosely inspired by the British playwrights own family, slowly flip like a hefty fading photo album, too, and while that strikes an appropriate tone it also creates a theatrical problem. When we arrive at the shattering ending scene  a paralyzing moment of repressed memory and confronting the past  weve forgotten half of the people we met along the way."

"...As is often the case with Tom Stoppard, it will take some time to fully absorb Leopoldstadt, a semi-autobiographical, elegiac family drama exploring Jewish identity, cultural assimilation, and anti-Semitism in 20th century Europe, which marks the 85-year-old English playwrights nineteenth play on Broadway since 1967  and possibly his final play."

"...David Krumholtz, Betsy Aidem, Eden Epstein, Caissie Levy and Sara Topham are among the other actors who expertly bring to life Stoppards panoramic survey of lives lived vibrantly, then turned to dust. As in such devastating documents as Anne Franks diary and Schindlers List, you cant help but follow along helplessly, and grieve."

"...I think Ill remember this show the most for how it uses a family album, clutched to the chest of succeeding generations of women, variously fascinated by various new photographic technologies as a tool for remembering. The album, the repository, is held close in forced evacuation, although we intuit it wont make it to Auschwitz."

"...The great playwright Tom Stoppard and his simpatico director Patrick Marber make a lasting gift of remembrance in the brilliant, gorgeous and devastating new play Leopoldstadt, opening tonight at Broadways Longacre Theatre. But its a gift that comes with strings, ropes even, the author seems to be warning us: Theres burden attached to memory, and pain, and, above all, responsibility  duty, even  that accompanies every yellowed snapshot in an old family album and every fading face that once seemed fixed with such clarity."

"...Like a masterful painter working on a monumental canvas, director Patrick Marber brings a delicate hand and a keen attention to detail to his staging. Shifting accents tell the story of dialect as perception: American cousin Rosa sounds like a Yank in 1924 when she is surrounded by her Austrian family, but she sounds distinctly Mitteleuropean in 1955 (played by Jenna Augen, who seems to wear the burden of memory on her shoulders). These little touches make an already rich script feel alive and dynamic."

"...With its huge, 38-person cast, sumptuous period costumes and raked stage, Tom Stoppards Leopoldstadt feels like a major Broadway playthe kind we havent seen in decades. Set across several of those as well, from 1899 through 1955, its scope is as impressive as its subject matter: the steady othering experienced by a Jewish family in Vienna, whose initial agnosticism solidifies into a strong sense of ethnic pride as the world closes in on them."