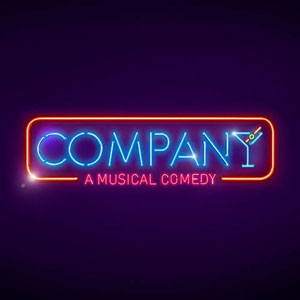 "...But let's face it, the revival that opened on Thursday night at the Bernard B. Jacobs Theater is not the "Company" Sondheim and the book writer George Furth (along with the director Hal Prince) unleashed on Broadway in 1970. Sure, the score remains great, and there are a few perfectly etched performances in supporting roles, especially Patti LuPone's as the undermining, pickled Joanne."

"...As much as she casts a benevolent, quasi-maternal gaze on Bobbie and seems invested in the younger woman's happiness, Joanne is a complicated survivor of the marital trenches; she has contempt for contentment. So in a show as deeply anchored in ambivalence as Company, who better than this fabulous, ferocious creature to snap Bobbie out of her inertia? This first major stage revival of a Sondheim work since his death may not be perfect, but damn it's good."

"...In the end, this Company is resilient too. If the production isn't thinking carefully, at least the songs still are. In the weeks since Sondheim's death, there have been reams of beautiful writing about him, but still, the most precise tributes come from his performers. LuPone is not just a showstopper here, not just a gravitational force, not just a plummy, hammy delight, dressed (by Bunny Christie) in a fur coat as subtle and spherical as a Hostess Sno Ball. She's also an ideal expositor of the maestro's work. "It's the little things you do together," LuPone's Joanne crackles, rolling her eyes at the tackiness of couplehood, "that make perfect relationships." Don't worry about the existential stuff, Joanne advises us, there's plenty to hold people together without worrying about the big ideas. And so it is here. Song by song by song, it's enough. The little things they sing together still make Sondheim a joy."

"...Half a century has passed since Stephen Sondheim and George Furth first dazzled Broadway with "Company," their tartly astute 1970 musical about a single Manhattanite dogged by coupled friends to meet a mate. But director Marianne Elliott's sensational new revival strikes like a lightning bolt, surging with fresh electricity and burnishing its creators' legacy with an irresistible sheen."

"...Finally, a smart, funny, human revival about the highs and lows of being alive that actually feels alive. It helps that the show by Stephen Sondheim, who died last month, is the best musical about New York City ever written."

"...I could easily sit through "Company" again, though I would prefer to see it with a different Bobbie - or Bobby for that matter. With a few more textual changes, a gay male Bobby would work in this production (which already acknowledges same-sex marriage) and reinvigorate "Company" all over again. (On the other hand, a gay female Bobbie might require a new production based on the original script.)"

"...Watching "Company" being revived with such panache, I felt Sondheim's enduring presence - and my heart in my throat. "Not gone," I kept thinking. "Not gone.""

"...The ode, and thus the message of the show, which also stars Patti LuPone, is not that you have to love someone else despite the cost, it's that a single person most importantly needs to know herself. And how you feel about that change will likely dictate how you feel about this radical reboot of one of the late Sondheim's (an agonizing thing to type) most beloved musicals. Either way, there's no question that this revival is a perfect match for the Broadway moment."

"...These numbers and others earn the kind of applause you too rarely hear at musicals these days: the kind that doesn't merely mark the end of a song, but expresses genuine, heartfelt joy. And this thundering response testifies not only to the excellence of the production but to the enduring brilliance and insight of Sondheim's score. As the world mourns his loss, Company offers a regretful-happy reminder of how alive his work remains."

"...Seeing "Company" back in 1970 taught me a great lesson. When it comes to new musicals, don't trust audiences or the critics, who never really want to hear anything truly new. Only later did most audiences and critics come to appreciate this show. Starting in 1970, The New York Times didn't give a Sondheim show a good review until Frank Rich raved about "Sunday in the Park With George" in 1984. At my first "Company" performance, which was sold out, the audience didn't think Elaine Stritch could sing, they didn't understand why Bobby kept repeating his birthday party, and more than a few of them walked out during "Being Alive" despite great singing from Kert. Oh yes, these were the good old days of Broadway."

"...When Company premiered in 1971, it was a game-changer, formally ushering in the era of the "concept musical," a genre Sondheim pioneered. If this wonderful revival proves anything, it's that he was helping to innovate this medium right up until the end. And for that, I'd like to propose a toast."

"...Since its multi Tony Award-winning 1970 debut, COMPANY, the musical comedy exploring contemporary dating, marriage and divorce has been a favorite of singer-actors who relished performing George Furths witty cutting vignettes accompanied by Stephen Sondheims sophisticated and emotionally complex songs. However, it is directors who really relish delving into COMPANYs non-linear structure because it allows for bending and shaping of the lead character, relationship-averse Robert, who goes on a quest to discover why at age 35 hes the sole bachelor left among his good and crazy married friends."

"...In addition to these dazzling textual maneuvers, Elliott commands a deluxe physical production, color-coded in pinks and blues and grays. Bunny Christie's sets, a battalion of light-fringed interiors, roll on and off to create a mobile world that approximates the jumbled mental odyssey of our heroine, surfing through living rooms, parks, and bedrooms. Crowded boxes of party people dematerialize into empty space, or huge neon letters from COMPANY or NYC roll on and off, Pop Art touches that suggest both architectural and online space. (Like the similarly fragmentary Assassins, Company is profoundly, dauntingly, cinematic in construction.) Other times, Elliott and Christie deploy Alice-in-Wonderland imagery (Party balloons growing huge; doors and cake shrinking down) as Bobbie keeps sliding down the rabbit hole of singlehood."

"...Broadly speaking, "Company" is a musical meditation on emotional ambivalence, the sense that "the road you didn't take," to quote a Sondheim lyric from another show, might have been preferable to the one you are on. Virtually all of the married characters raise questions about decisions they made - specifically the choice to commit their lives to their spouses - and for most of them, the answers to those questions will always remain elusive or ambiguous."

"...`there is very little to complain about in this excellent production of one of Sondheim's most dynamic works, created at a time when the writer-composer was transitioning from the Golden Age that raised him into the postmodern theatre he helped create. The gender swap is ingeniously, thoughtfully implemented and, after a year in isolation, the story's ruminations on the necessity for aloneness, and the importance of connection hit harder than ever. I'll drink to that. Company is now in performance at the Bernard B. Jacobs Theatre."