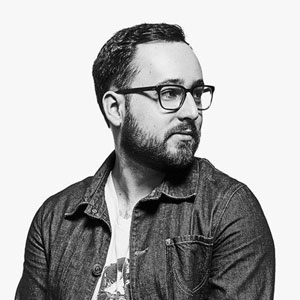 Average Rating based on 8 reviews

"...At first, Arbery expertly plays the four characters like cards, shuffling them according to their, well, needs. His writing here is exquisitely judged and particular, yet always ringing to the same, just-out-of-audible-range tuning fork. Every conversation is downbeat and desultory; the days seem too hot, too endless to come to a point. The characters must know that the others love them, but their accompanying requirements  respect, care, freedom, solitude  jostle each relationship out of square. Ginnys matter-of-fact affection throws Lots tense emotional stasis into a flat spin, which caroms into Justice, which swings wide at Christopher. Just when all those complicated pieces are careening and moving, Arbery runs out of restraint. And when a writer gets nervous, thats when the monologues start."

"...I think I get Arbery's point: Everybody is weird in some way; that's the norm. But "Corsicana" is long - 150 minutes (including intermission), with long monologues and discursive two-character scenes, in which the characters are as likely to discourse on the purpose of art, the nature of grief, and the importance of community as they are to talk about their past. I wish I had as much patience for all this as I had for Arbery's 2019 play, "Heroes of the Fourth Turning." That play too was character-driven (and two hours long without an intermission.) One difference is a structural one: "Heroes" all occurred on the single night of a reunion, which made the monologues seem more focused (the characters were catching up with one another, after all.)"

"...Theatergoers looking for a straightforward plot driven by a thesis will be disappointed by Corsicana, a play that brings you in but refuses to do all the work for you once you're there. It's possible to walk away from the theater having several conflicting thoughts, while still not fully knowing if these are the ideas Arbery and company intended to convey. But with its embrace of the wonderous and unknown, Corsicana makes one thing clear: It's OK to not have all the answers."

"...Arberys polished first act skillfully introduces his down-home complex characters and sets up conflicts and a plot. His freewheeling second act nicely ties everything up. With its pleasing reflective dialogue and humane situations, Corsicana is a worthy and resonant work. However, there is director Sam Gold."

"...A few other monologues in Corsicana go overlong, making you feel its 2.5-hour run time. But that's truly its only flaw. For anyone who appreciates a found family trope and wants to see it delivered naturally, humanely, and beautifully, Corsicana provides enough heart to fill the entire state of Texas. When you hear the song they create, which they vow "no one's ever gonna hear," you'll feel like a part of the family, too."

"...Director Sam Gold, who has long proved his skill in guiding actors to top-notch performances, also once again demonstrates that there is no work he can't tamper with visually. For example, there is nothing in Arberry's script to explain the simultaneously sparse, yet too complicated, set design of Laura Jellinek and Cato McCrea or his decision to keep the actors on the stage even when they're not part of the scene. Nothing he does here is quite as distracting as the mumbo-jumbo now populating his Broadway revival of "Macbeth," but his "touches" also add no elucidation to the story being told."

"...Will Arberys Corsicana, a two-act study in alienation, often cuts too close to that intended affect to land in a satisfying, or even totally compelling way. Perhaps because the play is partly autobiographical, set in the titular small Texas town near the playwrights native Dallas and following a brother-sister relationship much like his own, he is too invested in the intangible feelings of its dynamics to create a clear, digestible picture. Now in performance at Playwrights Horizons, it glimmers with moments of brilliance but is ultimately too arid a portrait to properly appreciate."

"...There's much to appreciate in Will Arbery's new play, but boy, do you have to work for it. The playwright, whose last effort Heroes of the Fourth Turning was widely acclaimed and a Pulitzer Prize finalist, doesn't believe in spoon-feeding audiences. Much like Heroes, Corsicana, receiving its world premiere at Playwrights Horizons proves frustratingly talky and meandering. And yet the play also has a haunting quality, thanks to its deeply felt humanism and the superb performances by its talented ensemble."